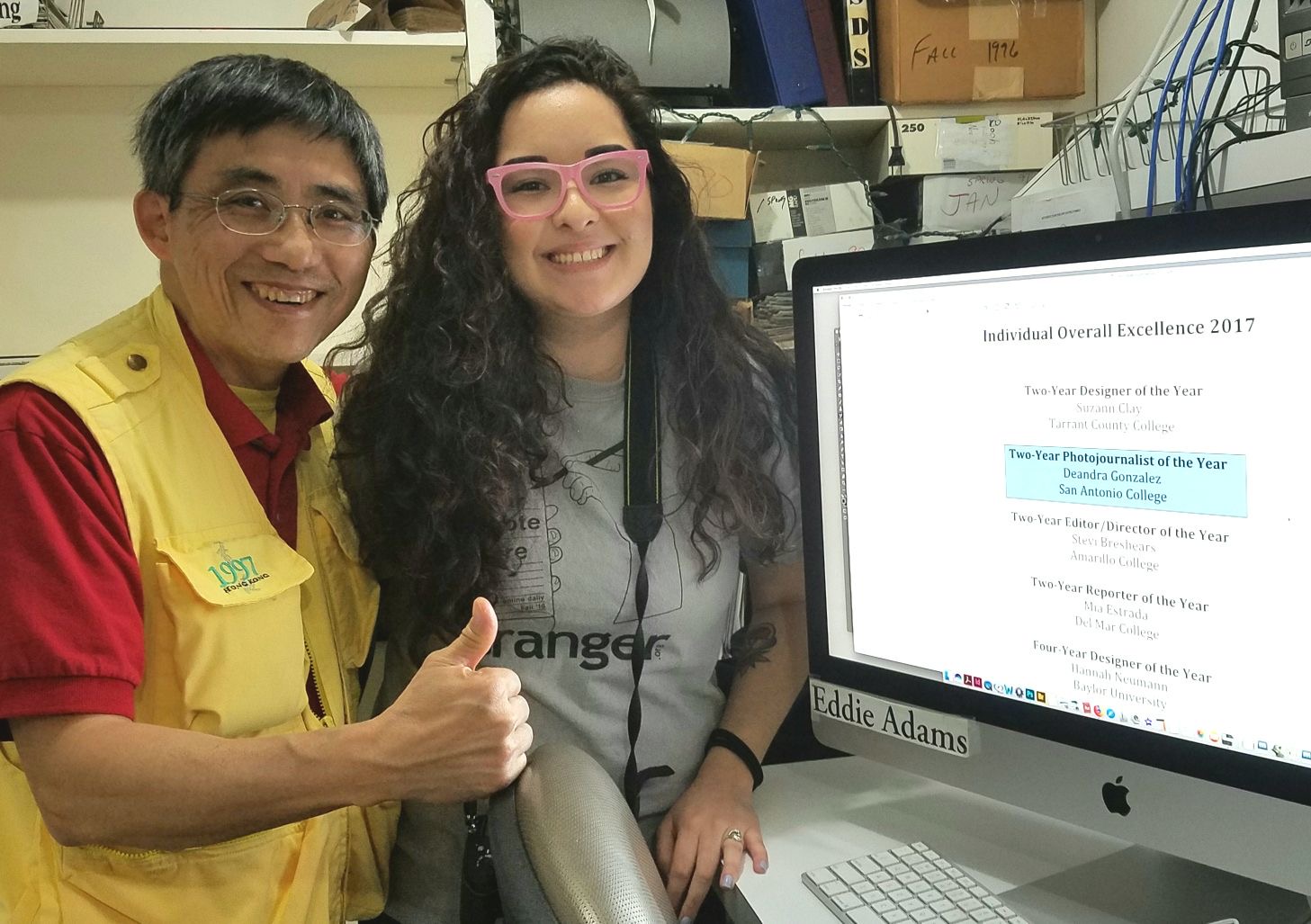 My media experience began at San Antonio College through their journalism-photography program. My first semester I took News Photo 1, where I was taking photos for the student run newspaper, The Ranger, for class assignments. A couple weeks into the class, the advisers wanted to hire me on staff so that I could get a stipen for my photos that were being published. My first semester I had a few front page photos that were published. For the next six semesters I would work and cover assignments for The Ranger as a photo editor, photographer, reporter, and mentor for new students.

Some of the things I covered for The Ranger was Hurricane Harvey, where I traveled with Marine veterans from San Antonio giving aid and relief. I also covered the San Antonio Stock Show and Rodeo for the last three years. I covered the livestock show, animal care, the carnival and food area. Some of my other favorite assignments were the Texas Body Paint Competition, San Antonio Pride Festival, Cheech Marin at the SAC Fiesta Brunch and Beto O'Rouke campainging at UTSA.